Give yourself permission to live the life you want

“We do not have to become heroes overnight. Just a step at a time, meeting each thing that comes up, seeing it as not as dreadful as it appears, discovering that we have the strength to stare it down.” 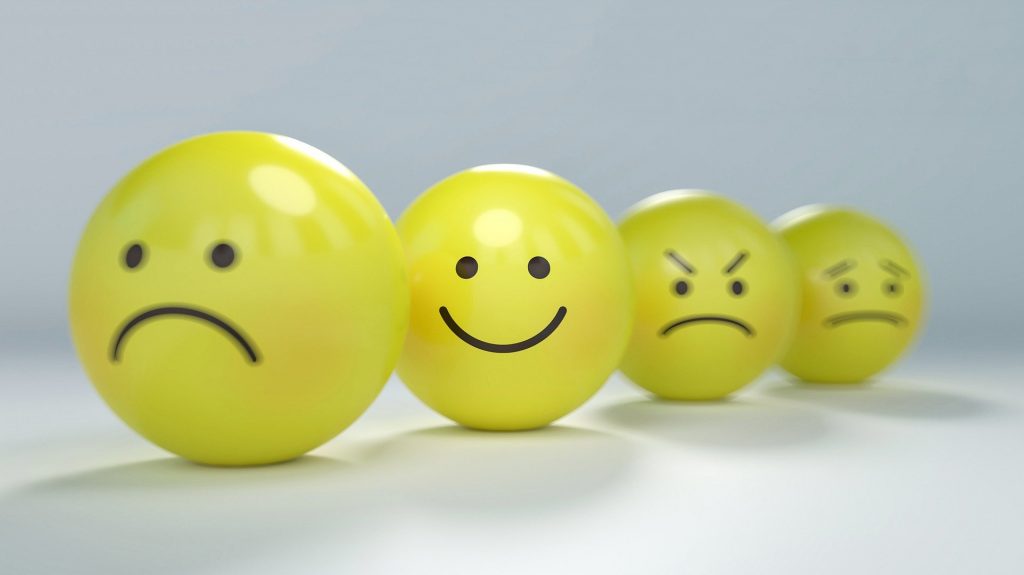 It´s totally possible to achieve the dreams you have for your life.

With clarity about what matters to you, some stretching goals, good habits and a system or person to keep you accountable, you can definitely create real improvements.

Despite this, it can often be the case that people don’t get started. Even if the end result would be more happiness.

Or people get started, and then stall for a long time, like a car that´s run out of gas.

One significant reason, including in my own life experience, is that people don’t give themselves permission to succeed or to live the life they really want.

They don’t know how to. They feel that they shouldn’t live a bigger life. That’s it not their right.

Just to be clear, living a big life isn’t about fame, wealth or glory.

What I mean is just living a life that’s happier and more fulfilling than the experience you putting up with.

Deep down you may want to live a more fulfilling life but can’t find the courage or a practical way to get really comfortable with the idea that wanting a better or different life is absolutely ok.

If you have found yourself wanting to create change but are still going around in circles, consider if you need to give yourself permission to succeed.

When people don’t commit or take the first steps to really pursue their dreams, it’s often because they are waiting for the green light from someone else ­– alive or dead. Or they have given away their own power and free will to determine the direction of their one precious life.

It could be because of anxiety. Or concerns about getting out of a comfort zone. It could be that certain skills and ‘know-how’ are missing so the belief of being an imposter stops them from taking a different path.

People seek approval and permission from everybody else so many times, except many people may say that isn’t the case.

That they are in charge of their own destiny. That they do want they want. They are “living their best life” and “masters of their fate and captains of their soul” as the famous quote goes.

Except, in the heat of the moment, limiting beliefs have an annoying habit of reappearing with vengeance and getting in the way of progress.

How you stop giving permission to live your life 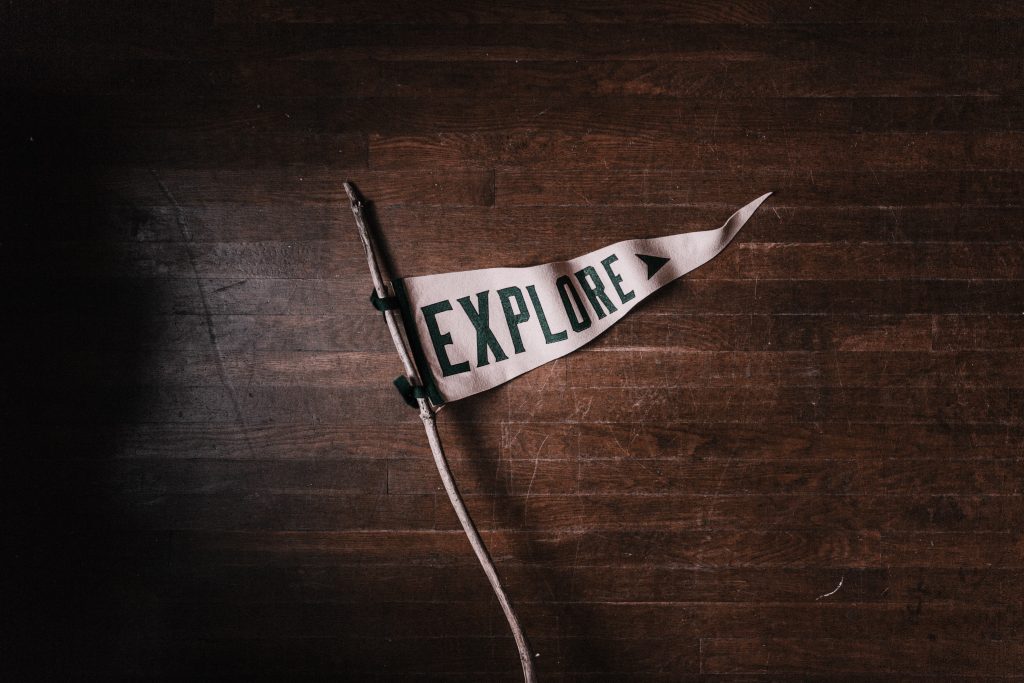 By limiting beliefs, I mean the ideas you have about yourself, life and the world that keeps you stuck. It’s one element of your whole life story and not the entire tale.

One very real impact of limiting beliefs is they are debilitating because they drain your personal power. They are a hidden lie that can persuade you to give up on trying for greater fulfillment. They will keep you stuck if you let them.

It could be you are afraid that even the people closest to you might be critical of what you´d love to do. That they might think it’s silly and foolish.

So, you don’t give yourself permission to step forward into a new chapter of your life.

It could be the pull of the past. Situations that you were involved in professionally or romantically that are long over but keep you trapped in terms of what you think you deserve and don´t deserve in life.

So, you don’t give yourself permission to succeed and live the life you want.

It could be due to the tradition or culture that you’ve grown up with, leaving you with a feeling that you can’t go in a different direction because of social expectations. Maybe you think if you dare to step out onto your own path, you’ll be punished or ostracised from the clan.

So, you bury your own desires, play the part of someone you are not and remain scared to give yourself permission.

Even social media, where we can all get wrapped up in the opinions of people we don’t even know or will ever meet, can keep you trapped mentally and discourage you from taking action on the ideas you have.

So, you find imaginary obstacles and don’t give yourself permission to go after your dreams, express yourself or to be more creative.

Giving yourself permission really matters for your own happiness

If you hold back from giving yourself permission and don’t go for the dreams that really matter to you, one day, the chances are that you will stagnate.

It matters as it impacts not only simple things, like choosing a hobby or a pet.

It affects the most profound things about your life.

Look out for when you let limiting beliefs hold you back.

There are many subtle ways you can do this, from things that may seem small and harmless, to choices that end up shaping the rest of your life (even if you don’t realise this at the time).

Instead of trying a new way to dress, Vincent decides it’s too outrageous and that he should keep within the bounds of ‘social acceptability.’ He isn’t able to express himself fully.

Instead of trying the new hobby she’s been thinking about for years, Kate holds back as she is worried about what others might think. It’s not the worrying that matters. It’s that Kate ultimately puts others’ views before her own interests when there is no good reason to.

Instead of saying what he really thinks about a situation, José pretends to believe something else so that he can fit in with the crowd he’s hung out with for years. He even defends what he doesn´t really believe with lots of passion.

There are many examples of people who changed the world, who failed time and time again, but gave themselves permission to succeed. They weren’t special or divinely blessed in some way.

Ask yourself ‘what if’?

What if you gave yourself permission to succeed and live the life you want?

Imagine how fulfilled you would be if you were being truer to yourself.

It’s not always easy but try and focus on giving yourself permission as in the long term it will be better, even if there is short-term pain.

Fear can have such a massive influence in life that it determines the story of what life ends up being in the long term.

Depending on how you respond, this can lead to success or failure; happiness or unhappiness; great experiences or average experiences; a fulfilled life or unfulfilled life.

Getting past it can happen by trying to master courage.

´Master´ is the word I use deliberately because courage isn’t a static behaviour.

In the face of some new difficulty or challenge, courage requires a person to try their best to move forward and go past barriers. But it’s essential if dead energy and old experiences are to be let go of so that you take advantage of new opportunities. Committing to that act of repeated courage takes a lot of time to learn and to get comfortable with.

What will you do next?

Coaching is a great way to help someone find or remind themselves of their own courage.

If you’d like to make a change in your own life and start going after the kind of life you really want, get in touch for a complimentary session.

As a coach I’ll work with you and push you to give yourself permission to succeed.

Still not sure. Take a few seconds to read what some clients have also said about me here.

Check out some other articles I’ve written that might help and don´t forget to subscribe to get new content and my newsletter with insights and tips direct to your inbox!

Simple ways to boost your confidence as an insecure leader 

6 ways to waste your life: things to avoid

How to make life easier for your team: improve your communication

If you really want to have a big impact as a leader you must focus on clarity.

Can Your Life Be Completely Changed By A Book?

Life is unbelievably short – it’s easy to waste it

5 life lessons from The Rock that you need to know

3 things getting in the way of your happiness

How to handle and cope with career uncertainty

Get latest updates on the motivation, guidance, and support you need to get your life on track.